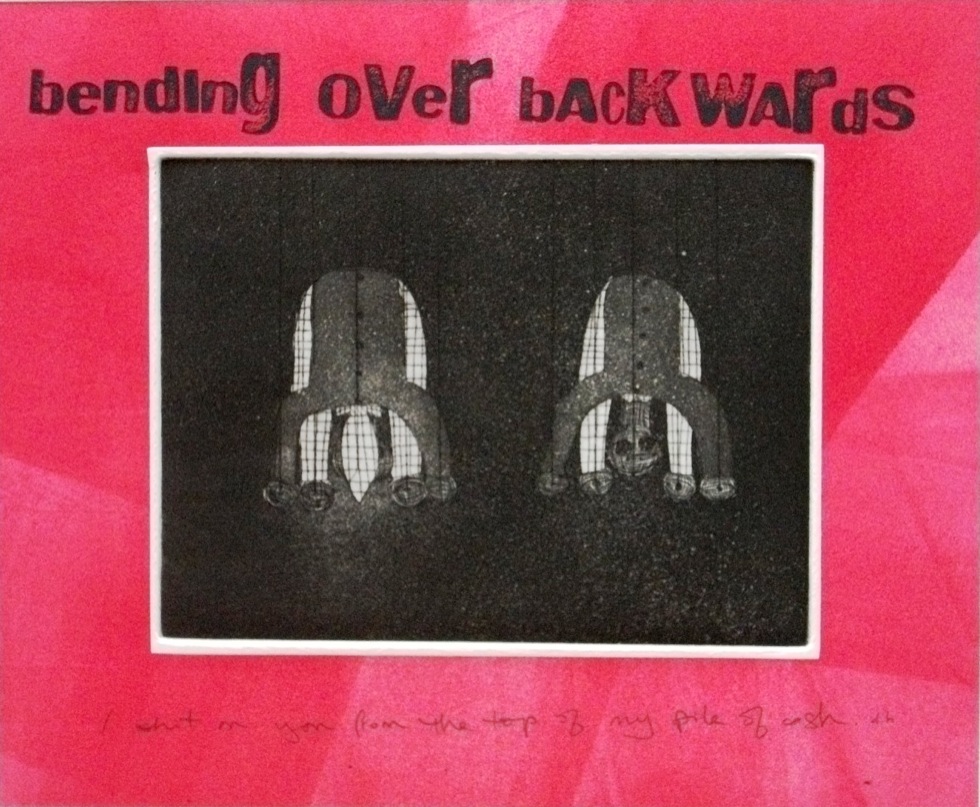 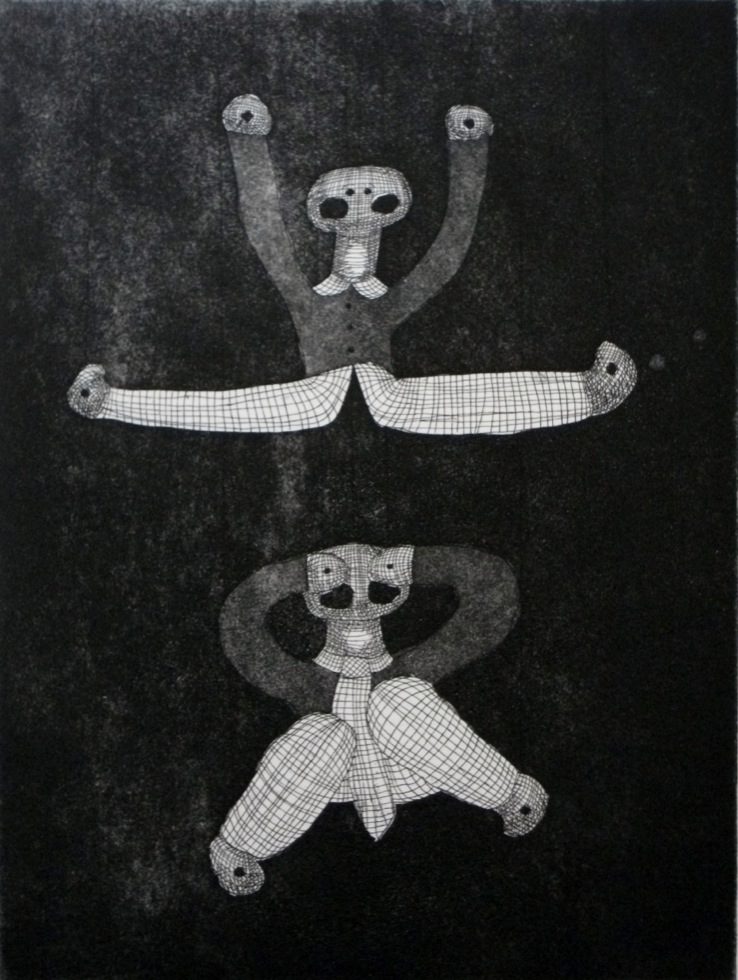 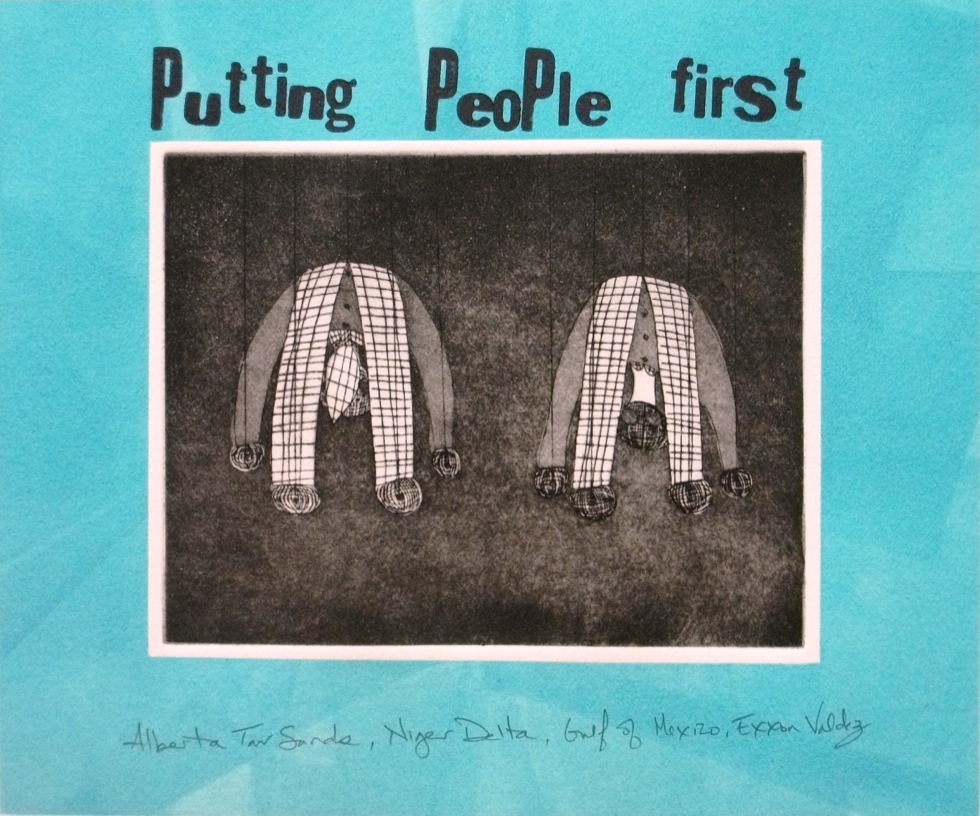 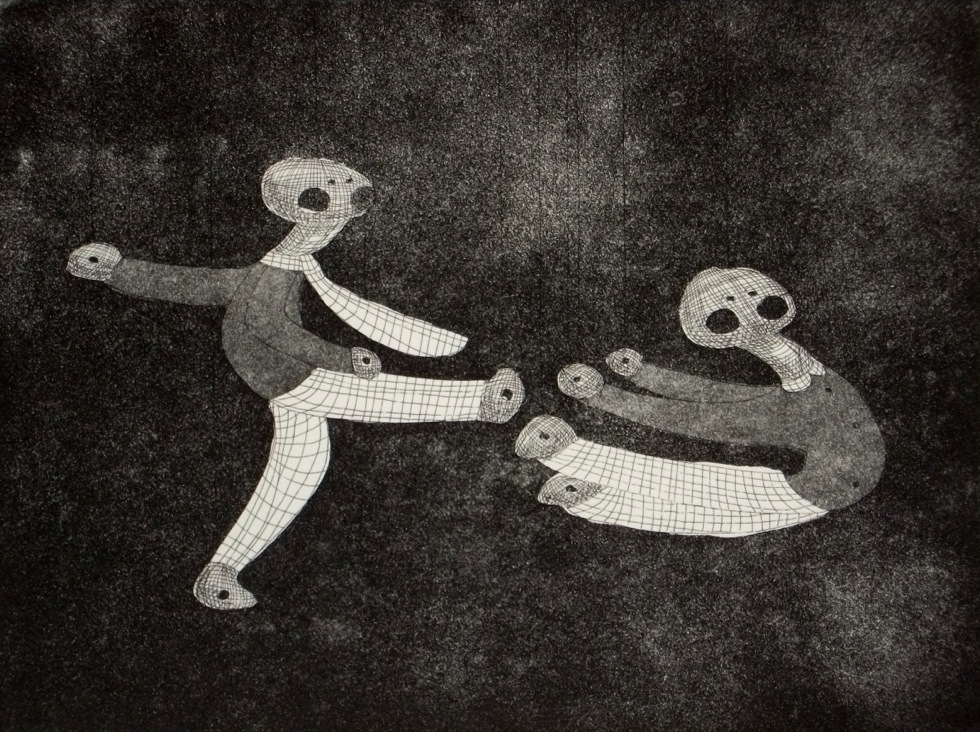 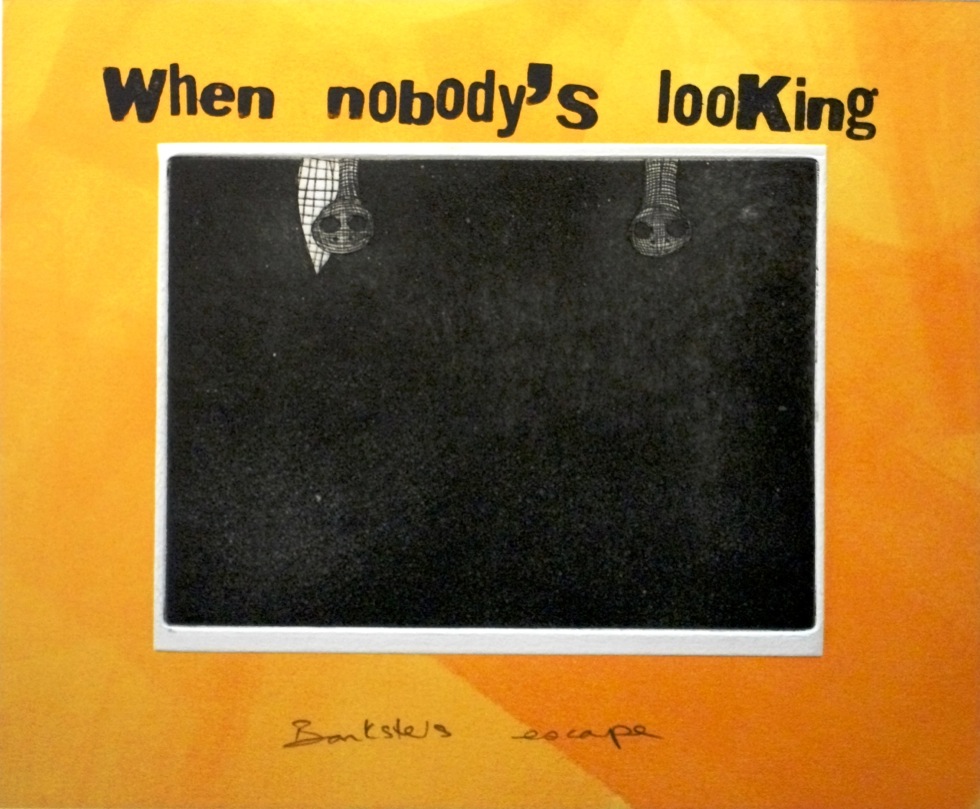 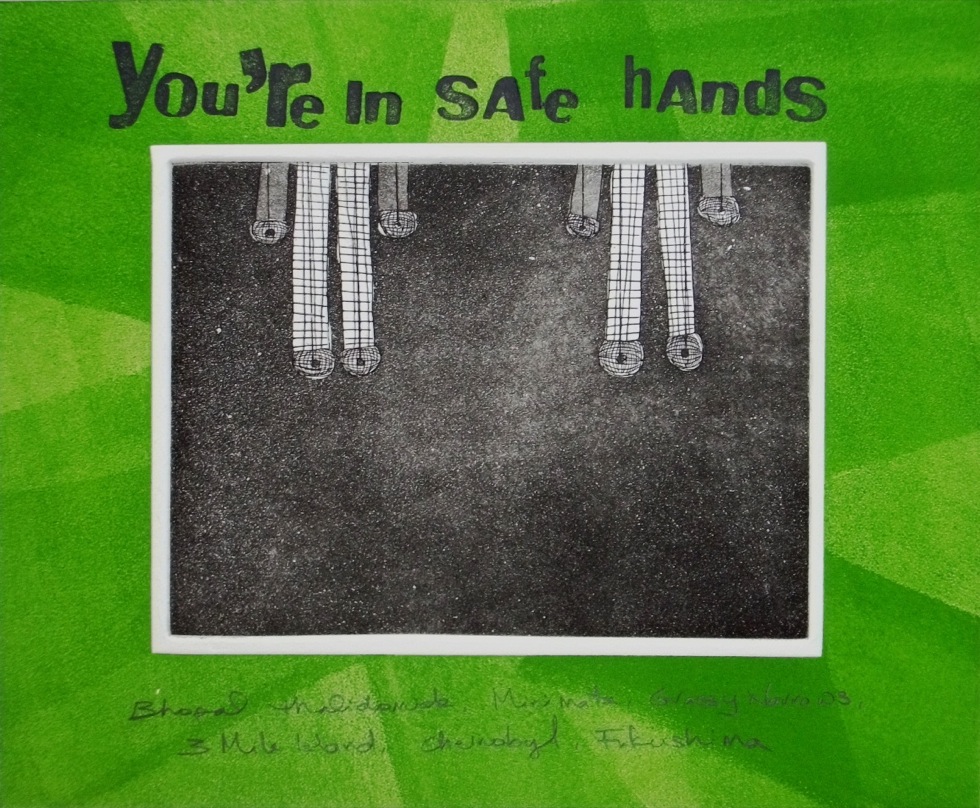 Janek’s Toys & Puppet Politics were first created, while still in my Art College days. The series celebrated the birth of my first nephew Janek. Many years later when closing down the family home in Canada, another zinc plate was found. It was a big one, 50 x 60 cm, with a series of 9 puppets in various poses. At the time, it was something of a surprise. I had no recollection of doing these. But no doubt they were mine and presumably done at the same time as the original ‘Janek’s Toys’. I wanted to take them back to England and print  them. But how, given their size and very strict airport security?  Some dear old artist friends living and practising in rural Ontario provided me with the answer. Avril Bull-Jones and Doug Jones cut my plate into 9 naturally divided segments. They now easily slipped into my luggage.

The year was 2010. A period of major global crisis. MP expense scandals, financial markets collapsing, bankers escaping, insider dealings, corporations shirking liabilities, and the divide between the haves and have-nots growing wider and wider. With this new found series I could have chosen to continue ‘Janek’s Toys’ in a playful way for children. Instead, I chose the political commentary angle. This created, Janek’s Toys & Puppet Politics.