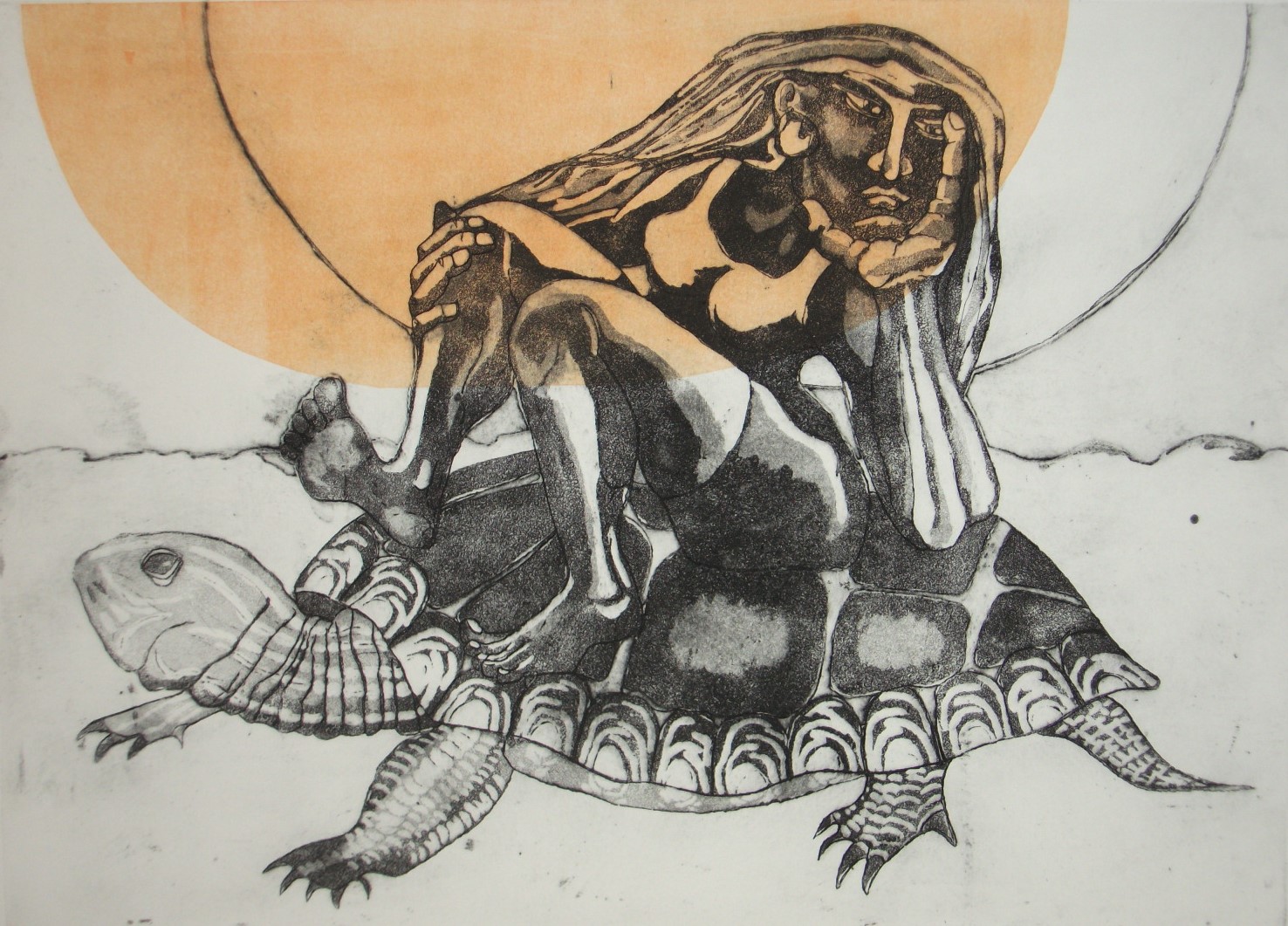 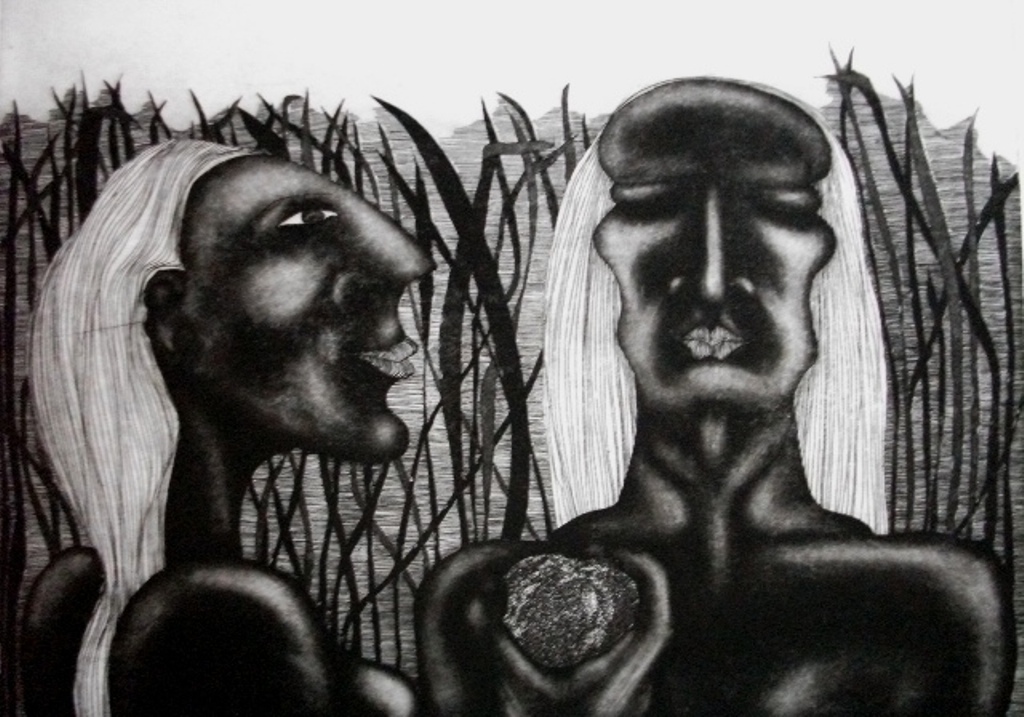 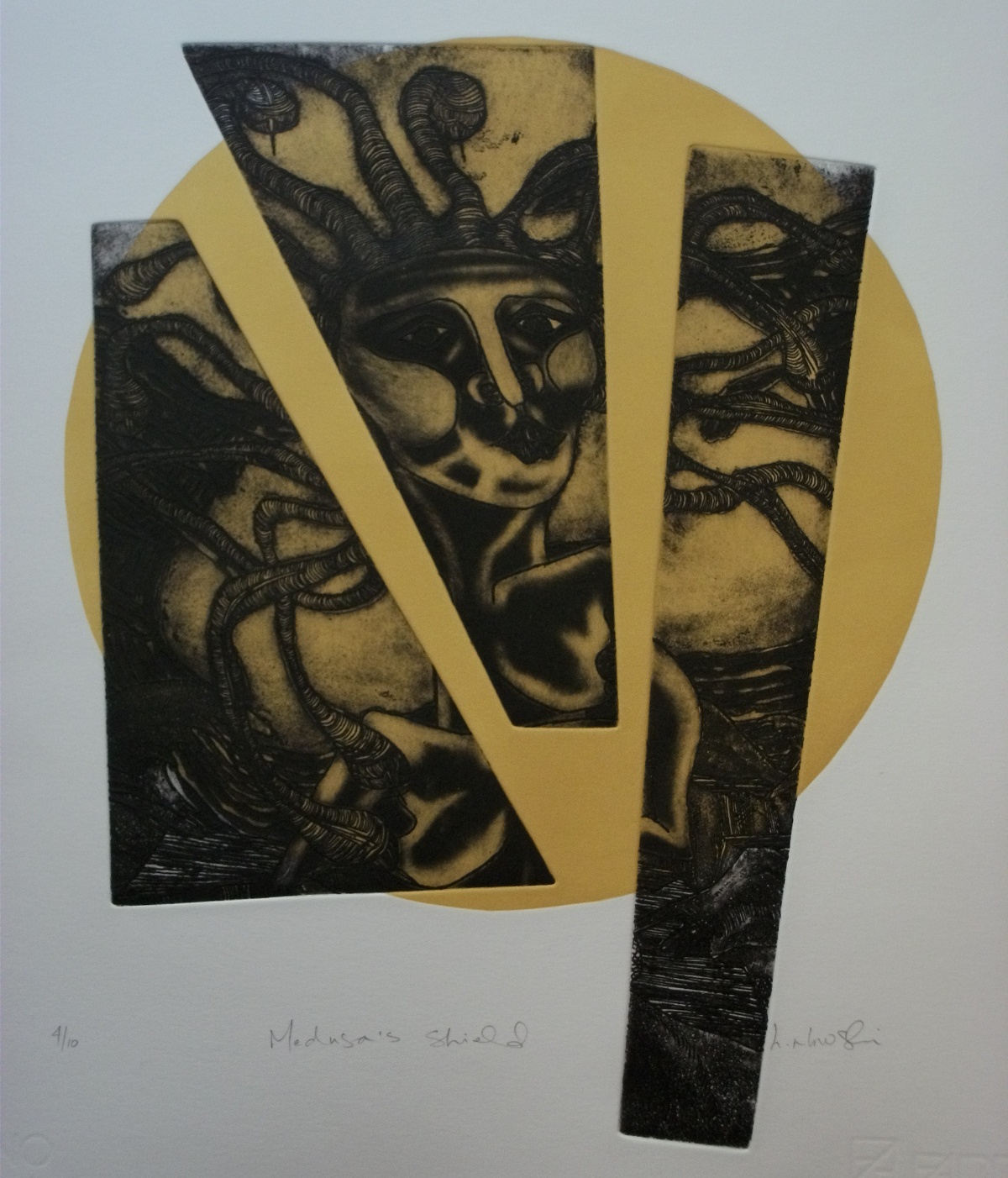 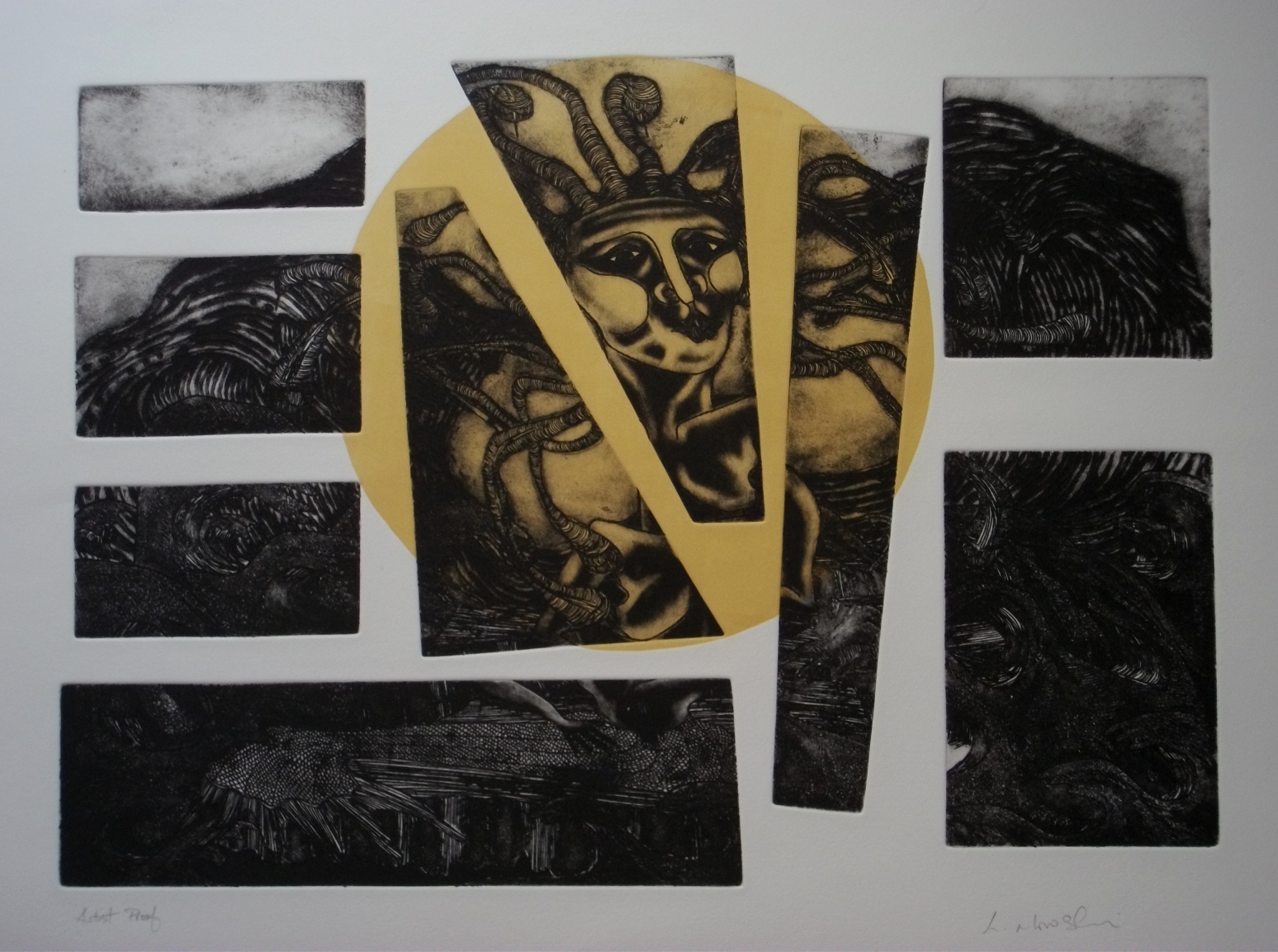 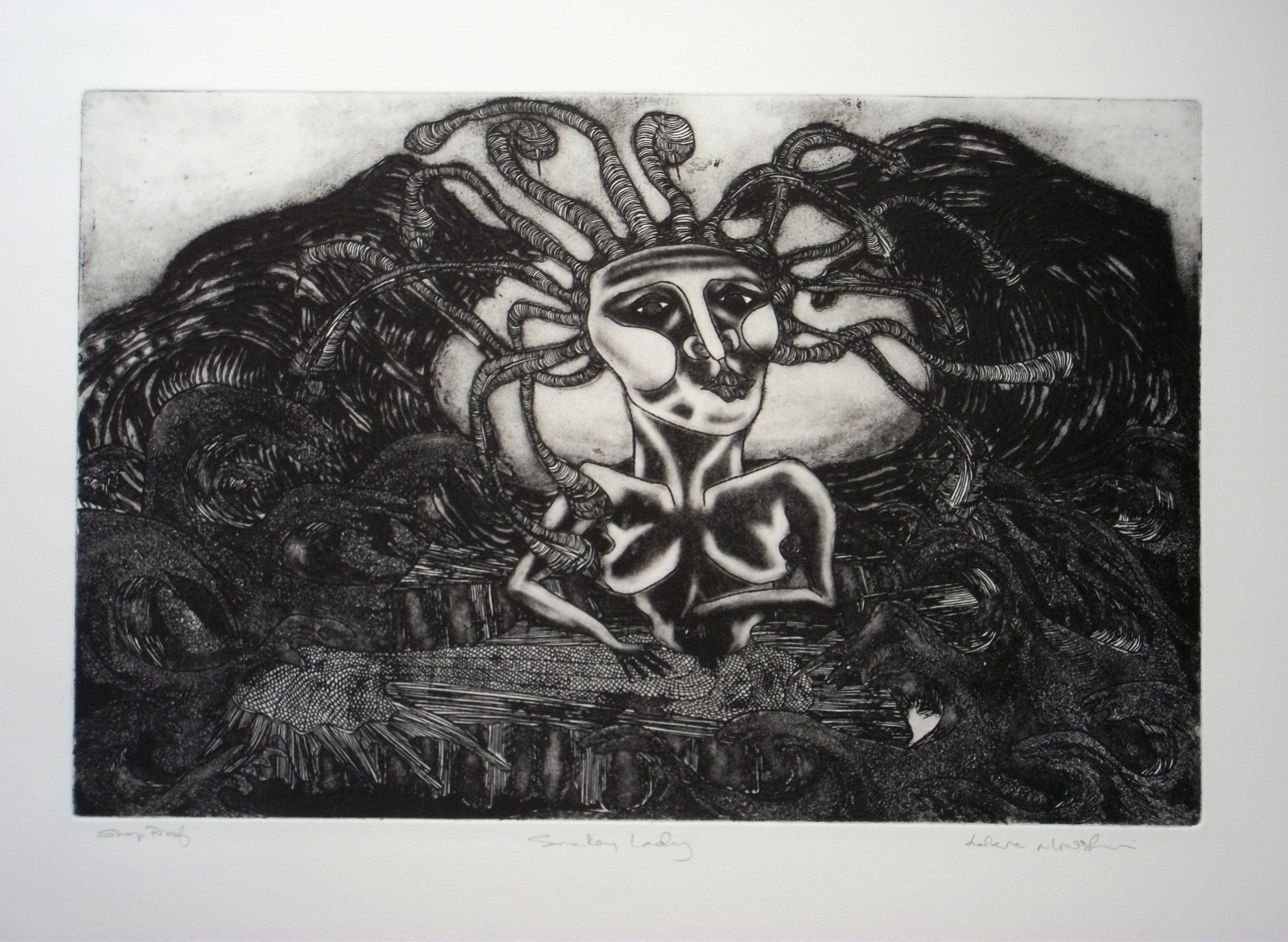 The Mythology Series began at the Academy of Fine Arts, Warsaw. Women depicted in legend and myth have always attracted my attention. For instance, from Ojibway legend from my old haunts in Canada. In Warsaw, ‘Adam and Eve and Apple’ and ‘Snakey Lady’ were first born. With the start of the Iraq War in 2003, ‘Snakey Lady’ was revisited.  Her history and legend explored, and ‘Fragmented Medusa’ with ‘Medusa’s Shield’ emerged.

Later, I added ‘Geezhigoquae and the Painted Turtle’ to the Mythology series. The story goes as follows.

The seas overran and flooded the land. Only some water animals, fish and birds survived. Lonely in the skies was Geezhigoquae – Spirit Woman. With the Manitous’ blessing, she conceived, and the animals below, seeing her heaviness, offered her a place to rest on the ‘Great Painted Turtle’. She asked them to bring her a morsel of soil from the sea bottom. It was the lowly muskrat who managed, placing the morsel of earth in her hand. She breathed life into it, traced it around the turtle’s shell, and land as we know began to grow.