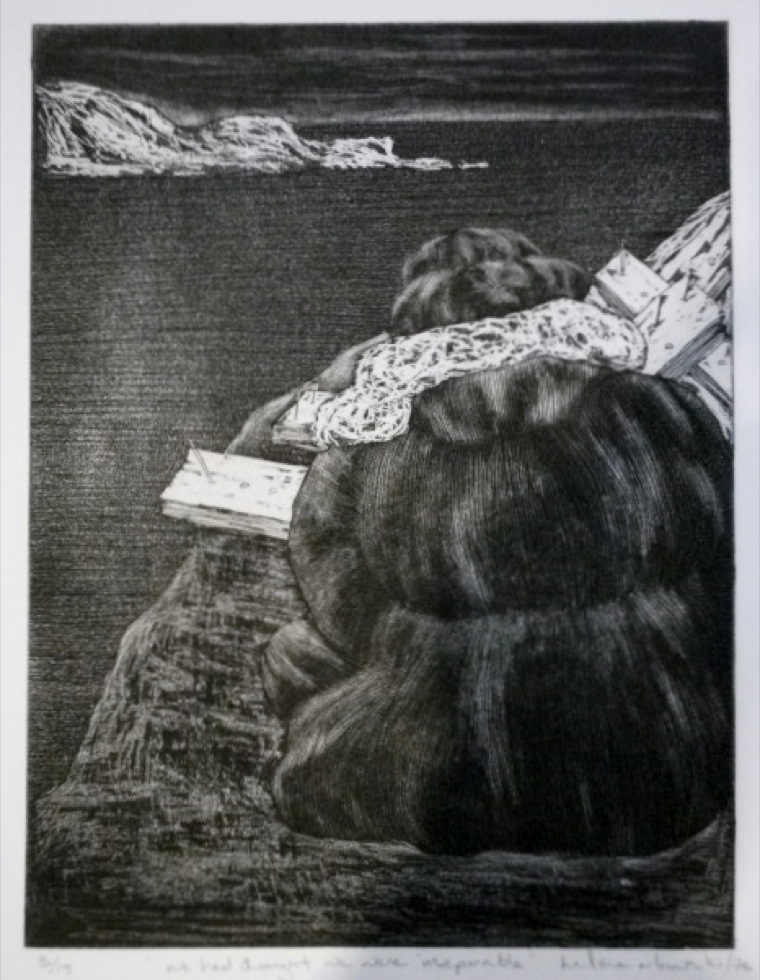 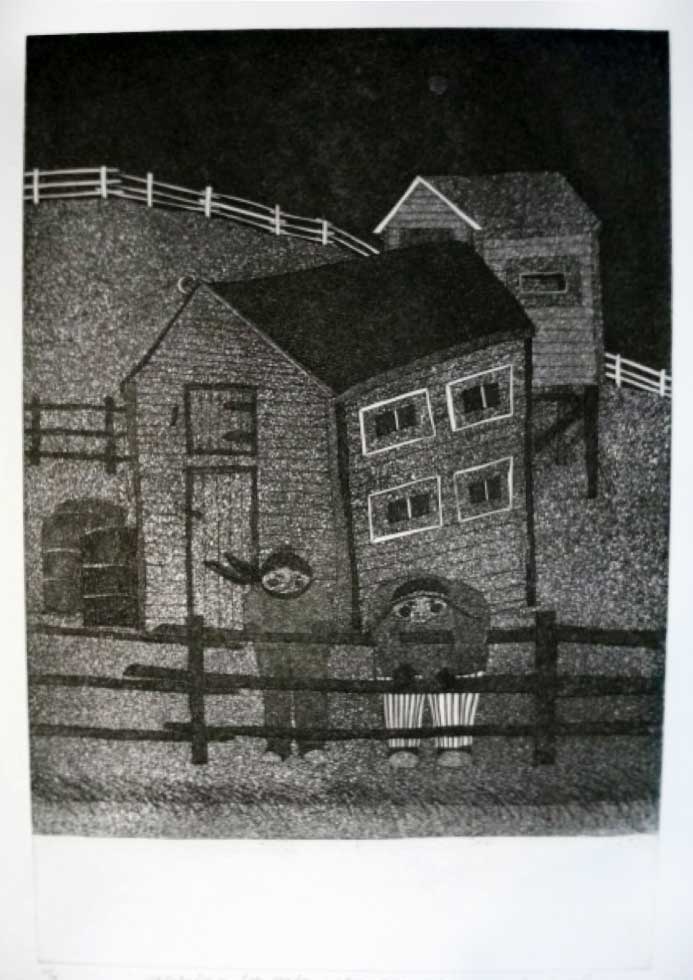 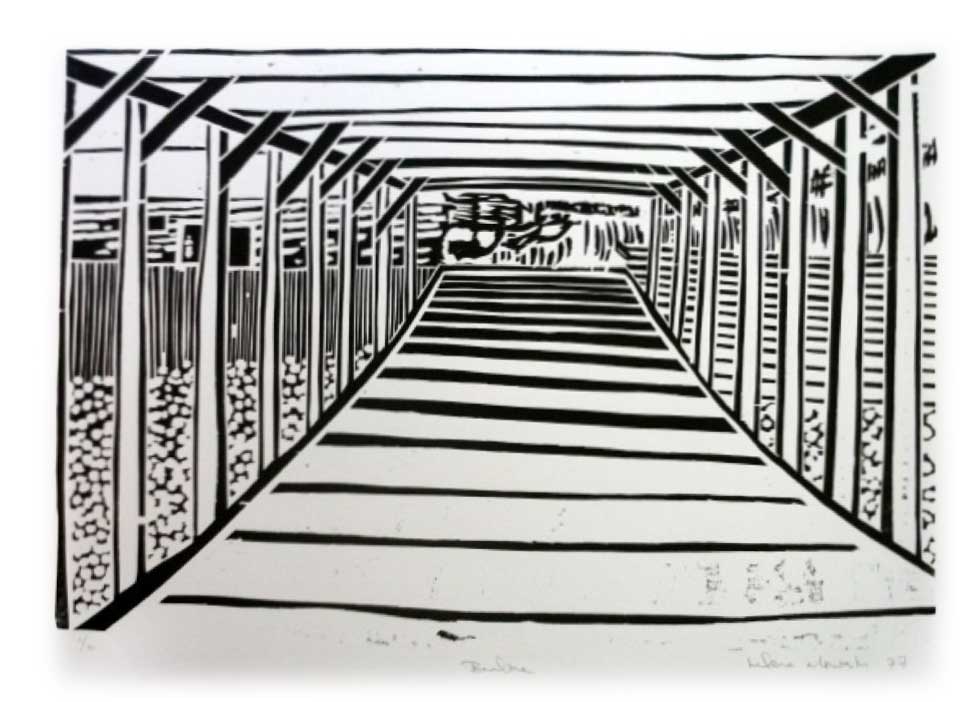 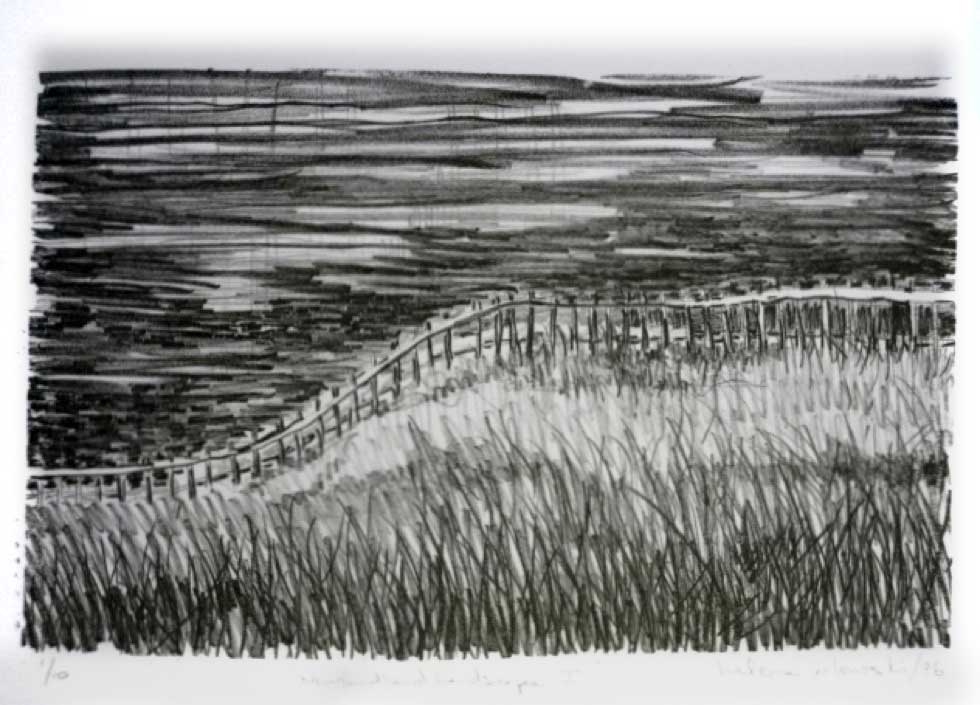 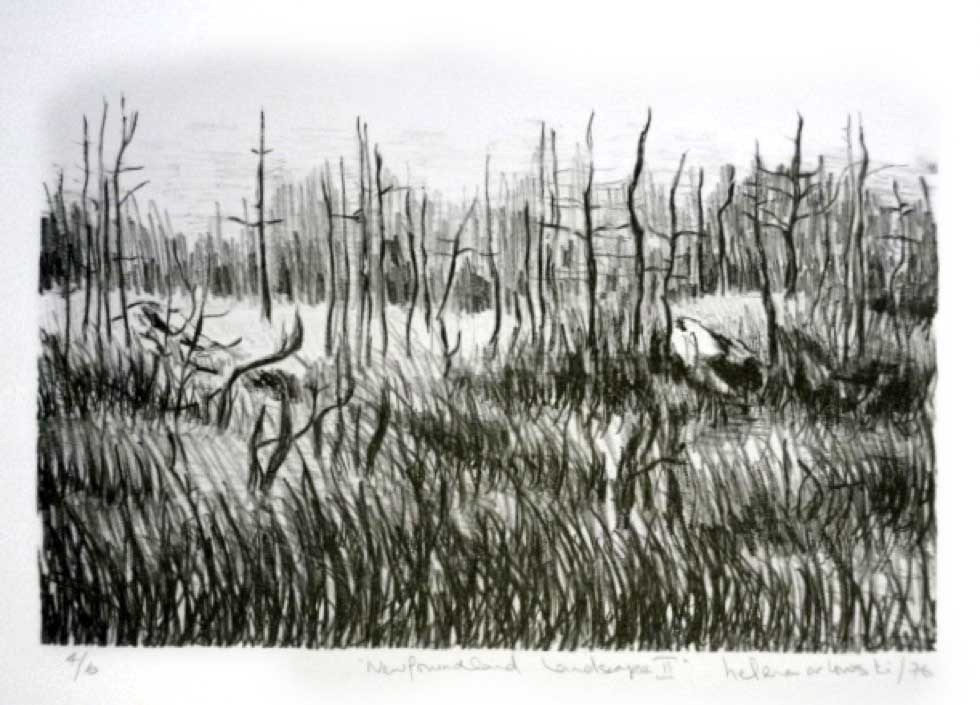 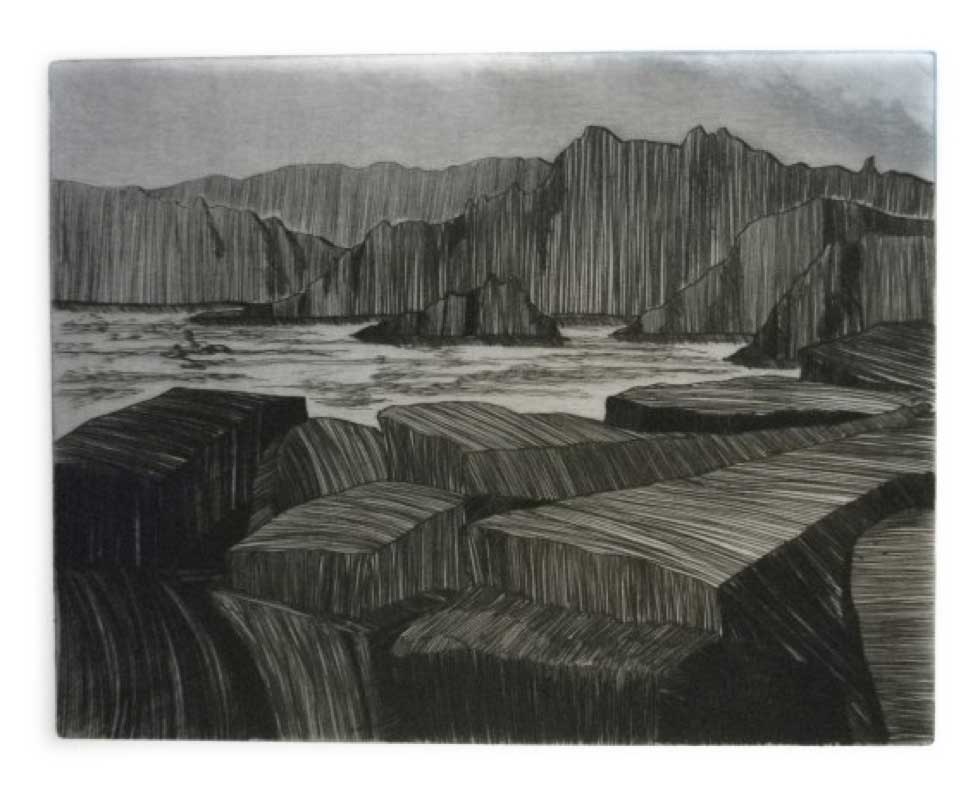 The Newfoundland Series emerged from my first trip to Newfoundland in 1976. As a third year art student at OCAD, Toronto, I went with fellow printmaker friend Avril Bull-Jones to St Michael’s Printshop. The printshop sits a little south of St John’s, on the Atlantic coast. It was November and cold. Lithography, etching, relief and photographic studio were all available as well as cosy living accomodations and a fantastic drawing/resting room with spectacular views of the Atlantic. A plethora of inspiration was at hand and we both came away with full portfolios.

We returned the next year to Newfoundland, this time engaged by Memorial University, NFLD, in a project to explore and re-engage the local arts and crafts culture too long lying  quiet in the many fishing outports along its coast. We were allocated Pilley’s Island, on NFLD’s northern coast for the summer. Pilley’s Island had not long joined the mainland of Newfoundland. An isthmus was built bringing electricity and television, including the TV series ‘Dallas’! This was a world where the young were married at 14, the now married young men were out to sea on the fishing boats from September to July, and the new young wives now pregnant with their first child. It was a place of jiggers, row-boats, cod, muscles, lobster; sealing; sea-tragedies; partridge berries; and an English-spoken-language taking time to understand – 18th-19th century Scottish / Irish dialects blended for careful visitor listening.

I haven’t been back since then. Things surely will have moved on. See today’s news of Zita Cobb and the ‘Fogo Island Inn’! St Michael’s Printshop has moved into St John’s proper now.